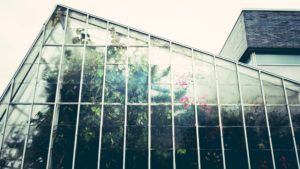 Some time ago, a woman coaching client asked me to name women in history who I admired. She was looking for role models and inspiration. I could name one or two, but I was basically stumped. I promised myself that I would read more about women in history so I could share these role models with others. Here are a few fascinating women I had never heard of before reading about them who have inspiring stories:

John Schwartz writes that in the 1850s, Eunice Foote, an amateur scientist and activist for women’s rights, made a remarkable discovery about greenhouse gases that might have helped form the foundation of modern climate science—had the paper she published on her research not been lost and forgotten. Her paper was presented at the American Association for the Advancement of Science—but it was presented by a male scientist. Roland Jackson, a scientist and historian wrote, “Foote does seem to have been the first person to notice the ability of carbon dioxide and water vapor to absorb heat, and to make the direct link between variability of these atmospheric constituents and climate change.” Katharine Hayhoe, a climate scientist who is currently working to bring recognition to Foote’s work, asks us to imagine what Foote might have accomplished if she had been born today and not had to contend with the limited horizons available to women of her time.

Amelia Nierenberg writes that Lillian Harris Dean drifted into New York City from Mississippi in 1901 after the end of slavery, penniless. She saved her first five dollars while working as a maid in New York and used it to purchase a used baby carriage, a fifty-nine-cent tin boiler, and a charcoal stove. Dean sold traditional Southern meals from the baby carriage, an early version of a food truck, to other African American transplants like herself for whom the food brought familiarity in a strange place.

Dean built a name and a fortune as a culinary and real estate entrepreneur and philanthropist. She died one of the wealthiest women in Harlem with a fortune of about $5.5 million in today’s dollars.

Rosa Bonheur, described by Molly Moog of the Saint Louis Art Museum, was a critically acclaimed French painter in the mid-1800s in France. Bonheur became one of the most admired painters in Europe of contemporary subjects such as horses and other animals. Empress Eugenie of France awarded Bonheur the Legion of Honour in 1865, reflecting the Empress’s conviction that “genius has no sex.” Moog notes that in the 1850s Bonheur was one of only a dozen women in France to receive a legal permit to wear men’s clothing. Her trousers allowed her to enter spheres generally forbidden to women, enabling her to study animal musculature at the Parisian horse fair and at slaughterhouses, sketch outdoors, and ride comfortably.

A recent photo of five women published in the St. Louis Post-Dispatch asked, “Do you know who these women are?” This search for the women’s names was part of an effort during Women’s History Month to correct the historical lack of recognition women have endured in the sciences. The photo, taken in 1942–43, showed one Dr. Michael Somogyi, a physician and biochemist at now Barnes-Jewish Hospital, with five women in white lab coats. While Dr. Somogyi was identified in the picture, the five women were labeled as “five female laboratory assistants.” Within seventy-two hours after the photo was published, one of the women, Irene E. Karl was identified by her daughter.

Rebecca Ortenberg, social media director of the Science History Institute in Philadelphia, first posted the photo. She explains, “Women scientists are often invisible in the historical record, even when they’re staring right at us.”

Thanks to all those who made the four amazing women featured in this article visible to the rest of us.

Photo by Geoffrey Datema on Unsplash