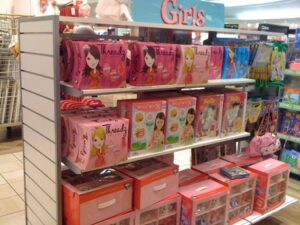 I got the message early in life that it was better to be a boy than a girl. I heard my parents talk about my father’s disappointment that I, his firstborn child, was a girl when he wanted a boy. I tried to be his son. I played sports with the boys in the neighborhood, and my father was proud. I climbed trees and did rough-and-tumble boy activities, and my mother was horrified. She sent me to take ballet lessons so I would be more graceful like a girl should be. I got the message but rebelled against it. I joined the neighborhood boys in throwing rocks at the boring neighborhood girls. I was called a “tomboy.”

Mary Katharine Tramontana, writing for the New York Times, interviewed Lisa Selin Davis, the author of a new book entitled Tomboy. Davis suggests that gender norms are still rigidly enforced in the United States and children learn and internalize these stereotypes by the age of six. These messages are designed to make sure that kids are straight and conform to gender norms that result in different skill sets. I remember trying to buy Lego and erector sets for the daughters of friends to encourage their development of special skills. The toys in stores were segregated by gender. The construction sets for girls were packaged in pink boxes and consisted of materials to build simple houses and castles—basically dollhouses. The sets for boys were coded blue and contained complex materials to build motorized trucks, robots, and war machines. In other words, Davis notes that gendered toys are designed to develop interpersonal relationship skills for girls and the skills of spatial relationships, problem solving, and independence for boys.

Not much has changed since the word tomboy was coined in 1556 to divide childhood into skills and traits defined as masculine and feminine. Davis tells us that historically, “girls being less ‘girly’ are historically ‘acceptable,’ if not celebrated,” as long as they become feminine by puberty to prepare for being wives and mothers. Davis notes, though, that the opposite is not true for boys. The tomboy’s counterpart for boys is the “sissy,” which “carries the homophobic and misogynistic warning to boys: Don’t be like a girl.”
The acceptable coding for gender has not always been the same. For example, Davis and Tramontana agree that for decades in the United States, pink was a boy’s color and in the nineteenth century, most boys played with dolls.

Tramontana cites Davis’s book as arguing that “American childhood is more gendered now than in recent generations.” Davis explains that in the 1970s, “U.S. feminism permeated consumer culture, and masculine styles were marketed to girls.” The reverse was never marketed to boys, however, to ensure that boys were straight. The antifeminist backlash of the Reagan era created social pressure to return to traditional gendered values.

In her book, Davis discusses ways that parents and educators can resist gendering childhood to ensure the healthy psychological development of children. One suggestion is to allow ambiguity for children’s explorations and expressions. Treat little boys who wear dresses and want nail polish as just boys wearing dresses and not as a problem. The same for girls who don’t want to wear dresses. Davis states, “It’s incredibly important for children to see ‘masculine’ girls and women and ‘feminine’ boys and men, and  to know that qualities we’ve labeled that way are not rooted in sex.”

Governments and corporations can take important steps too. For example, in Britain, advertisements cannot include gendered stereotypes, according to new rules issued by the Advertising Standards Authority. And Target no longer has gender-segregated toy aisles.

Davis states that if we embrace ambiguity, children and parents will experience a lot less distress.