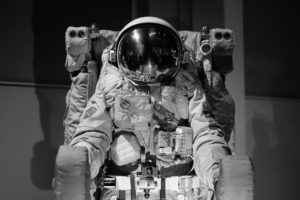 Exciting breakthroughs are happening in both policy initiatives and research findings that may lead to real changes in access to opportunity for women and minorities in the fields of economics and science. Starting with the field of economics, Ben Casselman and Jim Tankersley of the New York Times report that Ben Bernanke, the current president of the American Economic Association (AEA), has acknowledged that “unfortunately, [the field of economics has] a reputation for hostility toward women and minorities.” This acknowledgment is a big deal because leaders at the highest levels will have to be the ones to make and implement real change. Janet Yellen, next year’s president of the AEA, agrees that change is needed. Casselman and Tankersley note that economics has had a diversity problem for a long time:

Casselman and Tankersley note in another article that a recent survey jolted Bernanke and the AEA into taking action. The authors report that a far-reaching survey conducted by the AEA involving 9,000 current and past members, both women and men, found an alarming rate of discrimination and harassment:

As a result of this survey, the AEA has appointed an ombudsman empowered to investigate and establish professional consequences for those found to violate a new antiharassment code. This structural change is significant because until now, women and men in economics experiencing harassment and discrimination had nowhere to go to report it except to their own institutions, which have a vested interest in protecting those in powerful positions. Professional sanctions, including the loss of prestigious awards, will be made public if misbehavior is established—an important step in holding powerful people accountable.

The AEA survey also found high levels of alienation among black economists who have long felt their ideas are dismissed. Gay and lesbian economists were also far more likely to report discrimination and disrespect than their straight colleagues.

Other recent research by Alice Wu and, separately, Heather Sarsons found that women in economics face a toxic culture of discrimination in hiring, publications, and promotion. Sarsons’s research specifically found that women get less credit for work they do with male colleagues.

Switching now to the field of science, Amy Harmon writes that in 2018, the director of the National Science Foundation (NSF), France Córdova, decided that “enough is enough” after she kept learning of yet another male scientist whose work she supported with public funds had sexually harassed a student, staff member, or colleague. Córdova, a woman who controls a $5 billion research budget, put in place a new sexual harassment policy that makes structural changes that could increase the number of female scientists in senior faculty positions. Specifically, institutions that accept an NSF grant must now go through this process:

Both individuals and institutions face the possibility of losing coveted funds if sexual harassment is not reported, responded to with appropriate consequences, or stopped.

The fact that Córdova’s new policy was put in place by a woman in this #MeToo moment is not an accident. Córdova, 71, reports being sexually harassed herself as a graduate student by a professor. As Córdova and a few other senior female scientists have listened to stories from younger scientists in the context of the #MeToo movement and reviewed recent research on gender discrimination in science, they came to realize that the problem they thought would be a thing of the past is still widespread. Recent studies document that gender bias in science favors male scientists in hiring, salary, start-up funds for laboratories, credit for authorships, letters of recommendation, and invitations to speak at universities and on conference panels (a.k.a. “manels”).

Harmon says that a major report on harassment in science, published in 2018, offers a new term, “gender harassment,” defined as “verbal and nonverbal behaviors that convey hostility, objectification, exclusion, or second-class status.” Carol Greider, a molecular biologist at Johns Hopkins, notes that gender harassment may explain as much or more than sexual harassment when it comes to what drives women out of the field. She states, “We’ve been talking about the ‘leaky pipeline’ for years, and this may turn out to be the big gushing hole” that drains women and minorities from the field.

In summary, new sexual harassment policies in economics and science that include multiple reporting channels, professional consequences, and transparency for bad behavior may finally result in change. New research and the #MeToo movement is increasing awareness and motivation to bring about change.

Photo courtesy of Photo by Louis Reed on Unsplash.