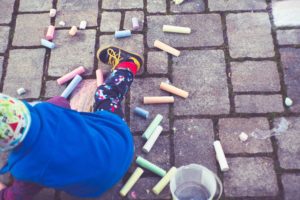 Did you know that we almost got affordable, high-quality universal day care in the United States in 1971? Katha Pollitt writes in the New York Times that bipartisan legislation, the Comprehensive Child Development Act of 1971, was passed by both houses of Congress—and vetoed by President Richard Nixon. Nixon’s veto resulted from pressure by the Christian right to resist “communal approaches to child rearing” that would undermine “the family centered approach.” In 1971, the women’s liberation movement was gaining steam and beginning to threaten established gender roles. Nixon was able to prevent a veto override by appealing to an existing hostility toward women working and being mothers and to a fear of communism in our Cold War culture. But as Pollitt notes, times have changed. Most mothers of small children now work (and some always did), and the fear of communism has been replaced by the growing popularity of mixed economy, social democratic welfare states successfully modeled in Western Europe. Pollitt argues that it is time to put affordable, high-quality universal day care at the top of the Democratic Party agenda ahead of proposals for free public education, health care for all, and a living wage. She notes that while these are all important causes, if we cannot afford them all and must choose, universal day care would help the most people and do more to change society for the better. She explains that “only about a third of Americans age 25 and older have a bachelor’s degree or higher” (though more would probably try for a degree if it were affordable). By comparison, 86 percent of American women are mothers by the age of 44 and are struggling with access and the cost of day care. Pollitt notes that the lack of stable and affordable day care in the United States creates a crisis for families and has a huge impact on women’s employment:

Pollitt argues that now is the time for bold policy agendas, and universal day care should top the list because “It’s good for workers and employers, for communities and families and children.” Specifically, it would do the following: It does seem that now is the time for universal day care. Actually, it is past the time when we should have both affordable, high-quality universal day care and paid family leave in the United States. Caitlyn Collins reminds us that the United States is “the only country in the industrialized world without federally mandated paid maternity leave.” The levels of stress that American families experience is an urgent political issue that requires a political solution. How many people do you know who would benefit? Let us hear from you.   Photo courtesy of https://www.istockphoto.com/photo/kids-playing-with-puzzle-education-concept-gm669922316-122456419 (iStock standard license).]]>