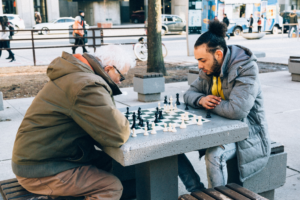 Becoming a caregiver for an adult family member is not uncommon. My sister and I dropped everything to take care of our mother in the last months of her life as her brain tumors advanced and she became helpless. Lorene Cary of the New York Times writes that one in five Americans care for dependent adult family members. She notes that, according to the AARP Public Policy Institute, “the annual economic value of unpaid caregiving is $470 billion.” While becoming a caregiver is a frequent experience for baby boomers when they hit middle age, I was surprised to read that more and more of the millennial generation now find themselves in the caregiver role for an adult family member. It seemed to me that they are a little young to find themselves in this role, but I learned that isn’t the case.

Susan B. Garland of the New York Times writes that due to changes in family structure during the boomer generation, millennials are finding themselves in the caregiver role earlier in life than previous generations. Garland reports that, according to the AARP Public Policy Institute, “one-fourth of the 40 million caregivers in the United States are millennials, ranging in age from their early 20s to late 30s.” What changes brought millennials to the caregiver role so early in their lives? Here are just a few:

Garland explains that millennials will experience long-term consequences that differ from those of the typical middle-aged caregiver. Millennials are just starting out in their adult lives to build careers and families. Consequently,

We need a better system of care in this country that does not leave caregivers isolated and feeling they must carry these family responsibilities alone. The expense of numerous available services is prohibitive for many families. Surely social media can be used to help people coping with these stresses and responsibilities to find each other and share resources and support. We can do better than this.

Photo by AP x 90 on Unsplash