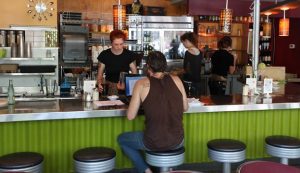 A new study from Yale researchers, led by Tristan L. Botelho, found clear evidence of gender bias in restaurant reviews. The researchers used a huge database of 1.6 million Yelp reviews of restaurants that mentioned a server for more than fifty thousand restaurants in eleven urban areas from 2004 to 2017. The gender of the server could be identified in about one-fifth of the reviews based on gendered language such either Elite or non-Elite members of Yelp, and ratings were compared by reviewer status and the gender of the server mentioned.

Several key findings emerged from the analysis that have implications for gender bias in workplace performance evaluations:

The authors conclude it is the reward itself—the status designation of Elite reviewer—that seems to have caused a change in reviewing behavior. Botelho, the lead researcher, suggests, “Workplaces could achieve a similar effect by subjecting manager’s hiring and promotion decisions to stronger scrutiny.” Specifically, when workers want to reject a job applicant or deny a promotion, they should be required to justify their decision in a group meeting. And instead of giving a vague reason, such as “This person is not a good fit,” they would need to specify a specific key performance indicator that a candidate failed to meet.

These steps could, as Botelho puts it, “start stripping away the likelihood that individual biases are going to creep in.”