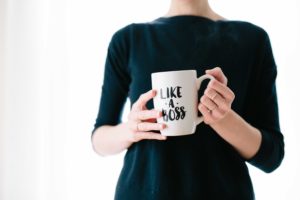 I had mixed feelings as I read the report by Maya Salam of the New York Times about new research on the public’s opinion regarding women’s intelligence in comparison with men’s. I am thrilled with the results from by Alice Eagly, a well-known social psychologist at Northwestern University, that reflect this significant measure of social change for women. At the same time, I feel exasperated about how long it has taken for Americans to see women as competent. And I feel sad about the underrepresented women in the United States who are still not valued and women in all regions of the world who are still voiceless and powerless. Nonetheless, this research by Eagly is good news. Salam notes that the study “published by the American Psychological Association . . . found that a majority of Americans (finally) believe women are just as competent as men, if not more so.” (Emphasis in original.)

Eagly and her colleagues studied opinion polls from 1946 to 2018 looking at how Americans rated a number of factors, including competency (defined as intelligence, organization, and creativity) along gender lines. Here’s what they found:

Eagly reportedly told Salam that these findings represent “massive social change.” Eagly notes that one important factor contributing to this change is that until recently, few women were in visible leadership roles. Salam notes that this situation is now changing: in 2019, college-educated women edged out college-educated men in the workforce and, for the first time, six women stepped forward to run for president and were visible on the debate stage for the first two Democratic debates.

Many women are stepping into visible leadership roles. Here are just a few:

These women are just a few of those breaking barriers to become visible examples of women’s competence as leaders. We still have a long way to go to reach parity, but change is moving in the right direction—slowly but surely.

Photo by Brooke Lark on Unsplash