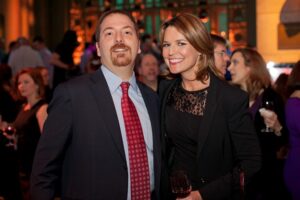 It is always exciting when new barriers are broken by women. Kim Ng and Erika James recently became the first Asian American and woman of color, respectively, appointed in their roles, and Abby Phillip and Savannah Guthrie are being recognized as rising stars. What follows is some information about their accomplishments.

For the first time ever, a woman, Kim Ng, has ascended to the role of full-time general manager of a major league men’s baseball team, the Miami Marlins. Tyler Kepner and James Wagner of the New York Times report that Ng is only the second person of Asian descent, after Farhan Zaidi of the San Francisco Giants, to lead a baseball operations department. Her parents were both United States citizens of Chinese descent.

Kepner and Wagner note that Ng’s inspirations were Billie Jean King and Martina Navratilova. Ng admires that King fought for equality, and Navratilova “changed the idea of what it looked like to be a female athlete.” Ng intends to continue setting an example for other minorities and women. She notes, “You can’t be it if you can’t see it.”

The next trailblazer is Erika James, the first woman and the first person of color to be appointed dean of the Wharton School of the University of Pennsylvania in the school’s 139 year history. As a change in direction, Wharton hired James to integrate diversity and inclusion, inequality, climate change, immigration, and the role of business in society into the curriculum of the business school. David Gelles, writing for the New York Times cites James as saying, “The conversations in the classrooms are changing because the students are asking for it. Their expectation is that . . . we’re going to have coursework and reading material and discussions on corporate social responsibility.” Gelles explains that as the nation’s oldest business school, the Wharton School has an outsize influence on shaping the culture of corporate America. James is leading a much needed change in the shaping of corporate culture.

Abby Phillip is a rising star at CNN. As a reporter for the Washington Post until 2017, she was a national political reporter covering the White House. After leaving the Post, she became a CNN political correspondent covering the 2020 election where her intellect, courage, and interviewing skills came into public view. Katherine Rosman writes that Phillip, like many female reporters of color, “suffered particular public ridicule” by President Trump, who told her during a press conference that she asked “a lot of stupid questions.” Phillip never lost her focus on asking the hard questions that needed to be asked, including when she moderated a debate between Democratic presidential candidates where she challenged Senator Bernie Sanders for saying that Senator Elizabeth Warren could not win the election because she was a woman. “Why did you say that?” she asked. On November 6, while anchoring the election returns with Jake Tapper and Dana Bash, both senior correspondents for CNN, Phillip, age thirty-one, announced that the vote tallies coming in from Georgia and Pennsylvania in favor of Joe Biden were because of Black women. “Black women did that,” she announced. Bash reflected that in that moment, she knew a star was being born as Phillip’s intellect and style were on full display.

Savannah Guthrie also gained prominence during the presidential election. Already an established television host of a popular news program, the Today Show, she gained wider recognition by conducting a last-minute interview with President Trump when he cancelled the second presidential debate with Joe Biden. Sridhar Pappu of the New York Times writes that Guthrie did what many thought impossible: she “humbled, even humiliated, a man who had steamrolled his way to power, belittling journalists along the way.” Guthrie relentlessly pursued Trump with well-informed follow-up questions that challenged his lies and demanded to know why he was retweeting conspiracy theories. Most famously she said to him, “You’re the president. You’re not like someone’s crazy uncle who can retweet whatever.” It seems that NBC is taking new notice of her toughness and skill.

Let us wish these female trailblazers luck as they take on new roles and challenges. And let’s support them whenever we can.